Estimations say over 40 million people are currently enslaved due to trafficking, and over 70% of them are women and children.

Saturday, 30 July is World Day Against Trafficking in Persons is, and the theme for this year is the use and abuse of technology as a tool that can enable and impede human trafficking.

According to Ashika Singh, Legal Services Director at the Department of Justice and Constitutional Development, technology has made it easy for predators to have access to their victims as many people have phones connected to social media and the internet. But, as much as technology is being used and abused by traffickers, it can also be used by counter trafficking organisations and community members in the fight against trafficking.

“Through social media we can reach and educate so many people. As much as traffickers use the internet to prey on people, counter-trafficking organisations and community members can also use it to spread awareness and provide people with information. The responsibility is on us as leaders to ensure there is information given to everybody so that they can make informed decisions.”

However, trafficking has many heads, and recruiting victims is done in many ways and on many platforms. According to Meg Cooke, Training and Identification Specialist at A21 (a counter- trafficking organisation), as much as abduction is mentioned in the media, it is not as common as we might believe.

“Victims of trafficking are recruited through force, fraud, and coercion by people in the communities that we live in, or by first building trust through the internet. An individual becomes vulnerable to trafficking and exploitation when they are exposed to risk factors like instability, violence and abuse, poor education, substance misuse, poverty, homelessness, unemployment, and isolation. These factors can weaken defensive measures and make individuals more susceptible to trafficking and exploitation,” Cooke said.

The fight against human trafficking does not only fall on the shoulders of the government and police. Community members are urged to also mobilise and take active steps in the fight against this growing problem.

“Community members are the most important piece in the fight against trafficking. Human trafficking is hidden in plain sight and can look like a number of social issues, but tackling it requires every single person in our communities to get on board. It is not only the job of the police, social workers or counter trafficking organisations, it is the job of everyone because it happens all around us,” Cooke said.

According to Captain Herbst from the Hawks, the community’s job in the fight against trafficking is to look out for signs and report any suspicious activity .

This community session is a collaborative effort between Ezrah, Valcare, Inceba Trust and the Western Cape Provincial Task Team on Trafficking. 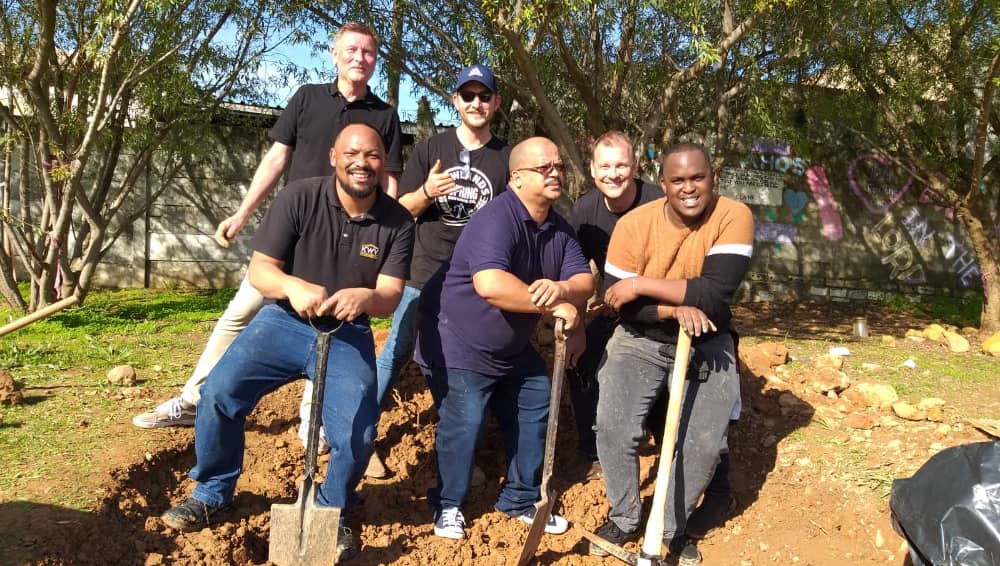 In the spirit of Mandela Day, staff members from KWV spent 67 minutes volunteering at Athlone House of Strength (AHOS), a home for abused women and children in Paarl.  The ...